Most major U.S. stock indices closed out the quarter at or near record highs, following a tech-powered growth spurt in June.  Investors have been rotating back into many of the favorite tech names that rose during the pandemic as inflation fears are easing, valuations are less rich, and low bond yields have folks hunting for higher returns.  Names such as Apple and Amazon have risen more than 15% over the last month, far in excess of the 2.3% return for the S&P 500 Index.

Economic conditions remain robust due to plenty of pent-up demand coupled with continued fiscal support and declining unemployment. Consumer sentiment is leading the way, with the June Conference Board consumer confidence reading in June beating analyst expectations.  The reopening trade is accelerating into high gear with sectors such as retail, apparel, and travel being some of the biggest beneficiaries.  Energy stocks also continue to rally as oil prices rise to the $75 a barrel level.  Brent crude has risen almost 45% so far this year, as rising demand has outstripped supply. 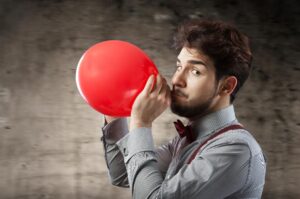 The Consumer Price Index (CPI) hit the eye-popping level of 5% in May, the highest reading in 13 years.  And even though the Fed admits inflation could linger above its 2% target for a while, it continues to downplay inflationary pressures as “transitory”.  While pandemic-related supply chain bottlenecks and supply/demand dislocations have driven up prices in many segments of the economy from lumber to semiconductors to used cars and energy, the Fed remains committed to the belief that the situation is temporary and will not persist.

What are the inflationary factors pervasive in the economic system?  There is pent-up demand, coupled with unprecedented levels of fiscal stimulus.  There is a shortage of employees, driving up wages.  And American households socked away about $2 trillion in bank accounts during the pandemic that will flow back into the economy at some point.

While some of these inflationary pressures will indeed dissipate, markets may be overly optimistic that all price levels will magically return to pre-pandemic levels.  There is a stickiness to prices.  Higher rents, for example, are one kind of price increase that is hard to reverse, unlike lumber and used cars. Wages also tend to be sticky.  And cash-rich consumers, especially those who have been locked up for more than a year, may continue to be willing to pay up for items in short or limited supply.

And yet, despite evidence of inflation, the 10-year Treasury yield fell 0.25% during the quarter and now sits near a 4-month low, falling below 2% for the first time since February.  Fed officials have started discussions about tapering bond purchases and say they expect to increase interest rates by the end of 2023, instead of remaining at zero.  The bond market is shrugging off inflation fears, confident that the central bank has the levers it needs to curb inflation should it become pervasive.

Market Outlook for Second Half of the Year

As enhanced unemployment benefits begin to expire later this summer, this could mark a key turning point for the U.S. economy, as it weans itself off from artificial fiscal stimulus and transitions to a self-sustained post-pandemic, economic recovery.

July turns its focus back to earnings, with big banks and big tech leading earnings season.  Investors will be looking carefully at company guidance as a confirmation signal for the months ahead.  Goldman Sachs predicts that the second half of the year will not be as strong as the first half as the market treads water trying to navigate higher interest rates.

Still, with the amount of pent-up demand in the system and the likely passage of $1.2 trillion in infrastructure spending, it is hard not to expect continued economic expansion and very strong growth for many quarters to come as we remain in the early recovery stages of the reopening trade. That being said, it would not be surprising to see non-U.S. markets outperform the U.S. in the second half as their vaccine roll-outs gather pace and economic outlooks continue to improve.